Antonio Morata is a professor of Food Science and Technology at the Universidad Politécnica de Madrid (UPM), Spain, specializing in wine technology. He is the coordinator of the Master in Food Engineering Program at UPM, and a professor of enology and wine technology in the European Master of Viticulture and Enology, Euromaster Vinifera-Erasmus+. He is the Spanish delegate at the group of experts in wine microbiology and wine technology of the International Organisation of Vine and Wine (OIV). He is the author of more than 70 research articles, 3 books, 4 edited books, 6 special issues and 16 book chapters.

Advances in Grape and Wine Biotechnology is a collection of fifteen chapters that addresses different issues related to the technological and biotechnological management of vineyards and winemaking. It focuses on recent advances in the field of viticulture with interesting topics such as the development of a microvine model for research purposes, the mechanisms of cultivar adaptation and evolution in a climate change scenario, and the consequences of vine water deficit on yield components. Other topics include the metabolic profiling of different Saccharomyces and non-Saccharomyces yeast species and their contribution in modulating the sensory quality of wines produced in warm regions, the use of new natural and sustainable fining agents, and available physical methods to reduce alcohol content. This volume will be of great interest to researchers and vine or wine professionals. 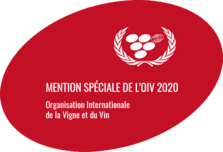 Go to the book

Advances in Grape and Wine Biotechnology

Influence of Yeasts in Wine Colour

Colour is the first impression that the consumer receives from wine and it influences the taste. Colour gives an idea about wine quality, age, oxidation and structure, so it has an important repercussion on the consumer perception of wine. Yeasts promote the formation of stable pigments by the production and release of fermentative metabolites affecting the formation of vitisin A and B type pyranoanthocyanins. The hydrox- and ycinnamate decarboxylase activity showed by some yeast strains produces highly reactive vinylphenols stimulating the formation of vinylphenolic pyranoanthocyanins from grape anthocyanin precursors during fermentation. Some yeasts also influence the formation of polymeric pigments by unclear mechanisms that can include the production of linking molecules such as acetaldehyde. Grape anthocyanins adsorbed in yeast cell walls during fermentation are removed from wine after racking processes affecting final pigment content. Moreover, the intensive use of non‐Saccharomyces yeasts in current oenology makes it interesting to assess the effect of new species in the improvement of wine colour.

Part of the book: Grape and Wine Biotechnology

Use of Non-Saccharomyces Yeasts in Bottle Fermentation of Aged Beers

Bottle fermented and brewed beers are reaching more recognition in present days due to their high sensory complexity. These beers normally are produced by an initial tank fermentation to metabolize the sugars obtaining the typical alcoholic degree, and later the foam and CO2 pressure is produced by subsequent bottle fermentation. The sensory profile is improved by the formation of some fermentative volatiles, but also by the ageing on lees, because beers are brewed during several months with the yeast cells that performed the fermentation. The use of non-Saccharomyces yeast is a trending topic in many fermentative food industries (wines, beer, bread, etc.). They open new possibilities to modulate flavor and other sensory properties during fermentation and biological ageing. This chapter review the effect of some non-Saccharomyces yeasts such as Schizosaccharomyces pombe, Torulaspora delbrueckii, Lachancea thermotolerans, Saccharomycodes ludwigii, and Brettanomyces bruxellensis in the bottle fermentation and brewing of beers analyzing their metabolic specificities and sensory contribution on beer taste.

Part of the book: Brewing Technology

Traditionally in winemaking, sulphur dioxide (SO2) is chemically the most widely used for microflora control as antimicrobial preservative. Other tested compounds for selective yeast control are sorbic and benzoic acids. Herein, we discuss the effectiveness and the application of traditional and novel treatments and biotechnologies for chemical and biological control of wine spoilage yeasts. The versatility of the killer toxins and the antimicrobial properties of natural compounds such as carvacrol, essential oils and bioactive peptides will be considered. Some of the wine spoilage yeasts that are intended to control belong to the genera Zygosaccharomyces, Saccharomycodes and Dekkera/Brettanomyces, but also the non-Saccharomyces yeasts species dominating the first phase of fermentation (Hanseniaspora uvarum, Hansenula anomala, Metschnikowia pulcherrima, Wickerhamomyces anomalus) and some others, such as Schizosaccharomyces pombe, depending on the kind of wine to be produced.

Part of the book: Yeast

Strategies to Improve the Freshness in Wines from Warm Areas

Trends in wine consumption are continuously changing. The latest in style is fresh wine with moderate alcohol content, high acidity, and primary aromas reminiscent of grapes, whereas certain fermentative volatiles may also influence the freshness of the wine. In addition, the effects of climate change on the composition of the grapes (high sugar content and low acidity) are adverse for the quality of the wine, also considering the microbiological stability. Herein, different strategies aiming at improving wine freshness are presented, and their performance in winemaking is discussed: among them, the addition of organic acids able to inhibit malolactic fermentation such as fumaric acid; the use of acidifying yeasts for alcoholic fermentation, such as Lachancea thermotolerans; and the selection of non-Saccharomyces yeasts with β-glucosidase activity in order to release terpene glycosides present in the must.

Part of the book: Advances in Grape and Wine Biotechnology

During the twentieth century, the consolidation of large multi-national beer companies and the homogenization of the specified beer types have led to a considerable growth in the beer industry. However, the growing demand by consumers of a single and distinctive product, with a higher quality and better sensory complexity, is allowing for a new resurgence of craft beer segment in recent years. This chapter reviews some different alternatives of innovation in the craft brewing process: from the bottle fermented beers with non-Saccharomyces yeast species, to the use of special malts or specific adjuncts, hop varieties, water quality, etc. All of them open a lot of new possibilities to modulate flavor and other sensory properties of beer, reaching also new consumers looking for a specific story in one of the oldest fermented beverages.

Part of the book: New Advances on Fermentation Processes

Emerging Technologies to Increase Extraction, Control Microorganisms, and Reduce SO2

This chapter reviews the main non-thermal technologies with application in enology and their impact in: the extraction of phenolic compounds from grapes, the elimination of indigenous microorganisms, and the subsequent effect in SO2 reduction. The technologies are physical processes with null or low repercussion in temperature and therefore gentle with sensory quality of grapes. High hydrostatic pressure (HHP), ultra high pressure homogenization (UHPH), pulsed electric fields (PEFs), electron-beam irradiation (eBeam), ultrasound (US), and pulsed light (PL) have interesting advantages and some drawbacks that are extensively reviewed highlighting the potential applications in current technology.

Part of the book: Chemistry and Biochemistry of Winemaking, Wine Stabilization and Aging